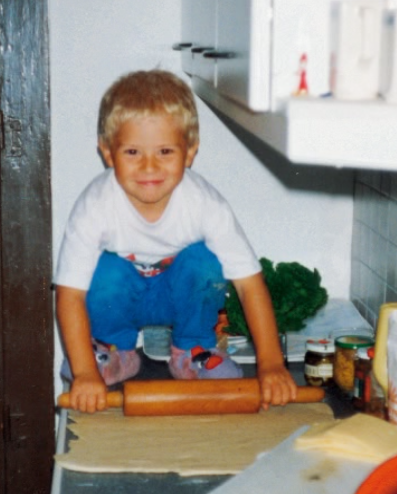 Gustav Klaus Wolfgang Schäfer was born and in Magdeburg on September 8th, 1988. He grew up with both his parents and a big sister. He still lives in Magdeburg in a newly built house with his wife, their daughter, their dog Neo and their cat.

Drumming has been a passion of his since he first played the drums, when he was only four years old. He got into music after listening to it with his father. He has also mentioned the Danish Metallica drummer, Lars Ulrich, as one of his biggest inspirations. 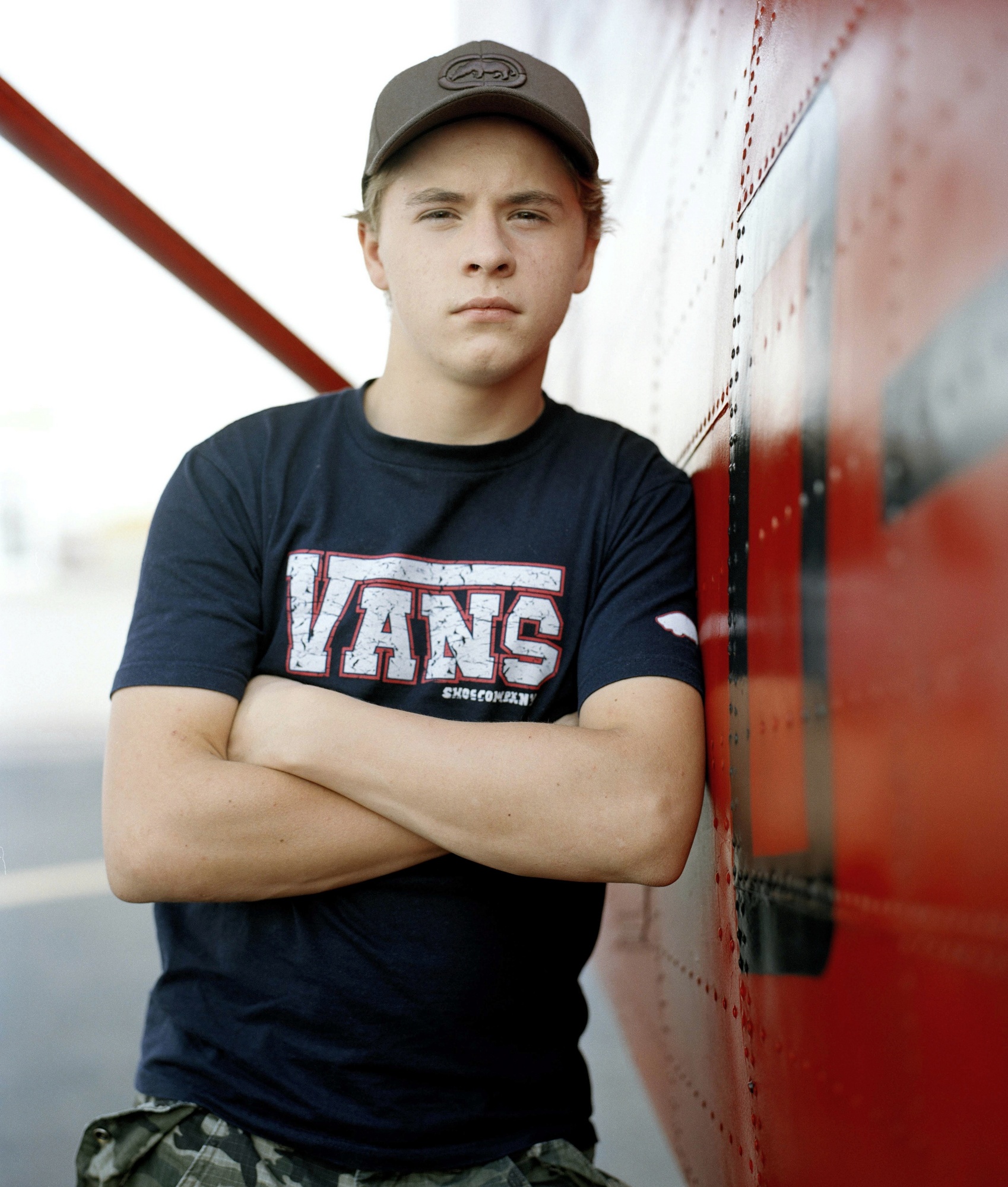 After finishing compulsory school, he went on to enter a music school where he also met Tokio Hotels bassist, Georg. At the age of 12, they attended a show with Bill and Tom’s duo “Black Question Mark”, and after this show they ended up joining their band. This is how the band “Devilish” was born. In 2005 the name changed to Tokio Hotel and they released their first single together, “Durch den Monsun”, which became the start of their very successful career. There is no doubt about how he to this day still loves to play the drums and you can clearly tell he absolutely does it with passion when they are on tour.

“In the evening during dinner I played under the table and at first my father said “Okay, go out.. with your food.. and you can eat on the floor” and then after, I think 2 months – 3 months they brought me to the music school and the teacher says “Yeah, you’re too small” – I was 4½ years old, so.. I was too small. Yeah.”

Gustav enjoys doing a lot of things at home. A few years ago, he started building his own house a bit outside of Magdeburg. Recently, Gustav discovered a passion for barbequing, and he uses his Instagram to show off all the delicious food he cooks. In 2018 he even arranged his first event in Berlin, exclusively for Tokio Hotel fans, called “Drums ‘n BBQ”. There he teaches fans how to play the drums and ends the day by barbequing for them all. He is also really into camping and especially likes to travel to Croatia during summer in his caravan. Another of Gustav’s recent hobbies, include being an influencer on Instagram. He has had several sponsorships, with Kinder Pengui and Stihl, to mention a few. 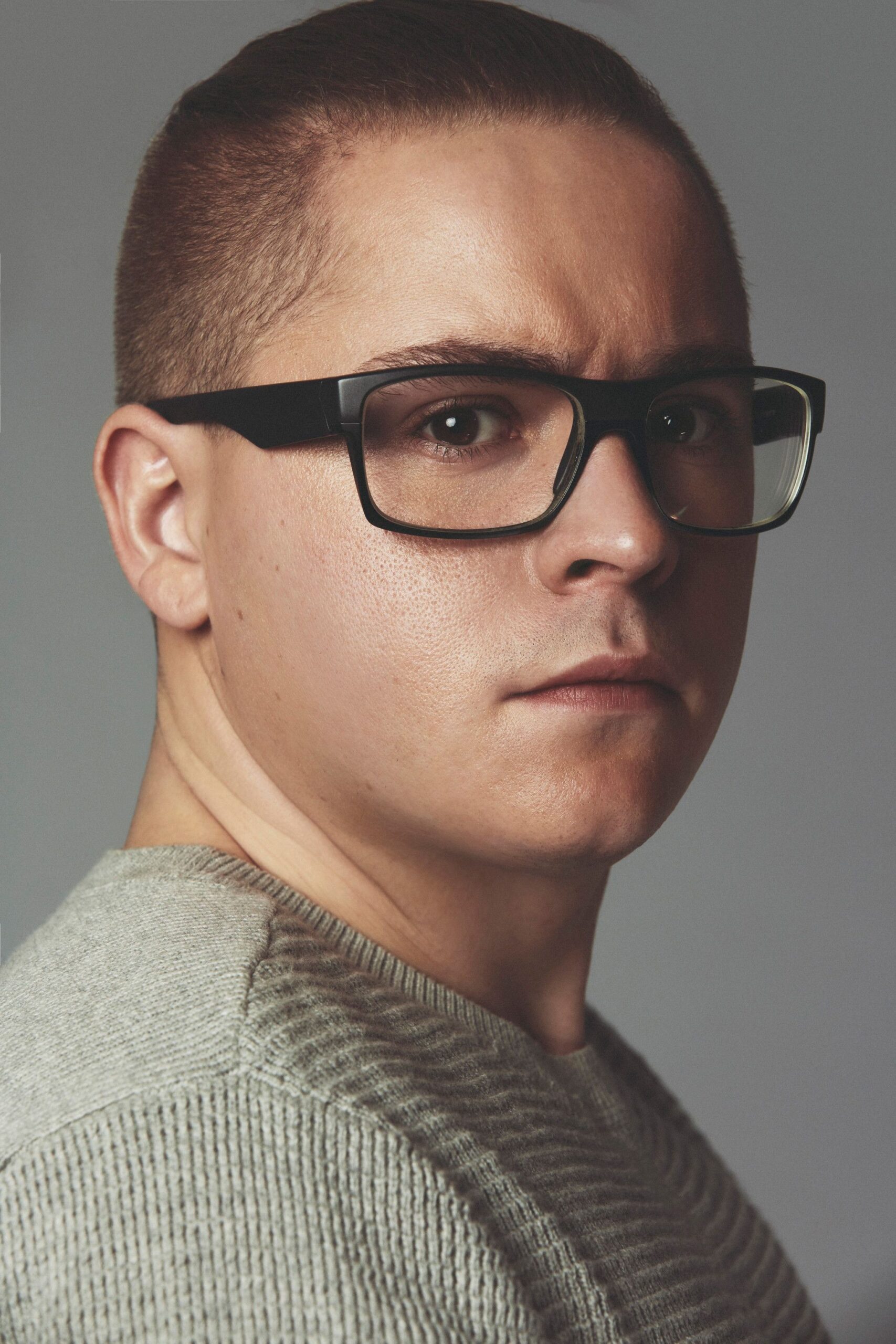 Style-wise Gustav is usually seen sporting a pair of regular jeans – or even just a pair of shorts alongside a t-shirt. He is also often seen wearing a cap on his head. Despite that Gustav also has a few tattoos here and there on his body, including one with the lyrics of “Hurt” by Johnny Cash. Gustav has not changed a lot throughout the years, but he did have completely black hair at one point, as well as a ponytail during the “Feel it All” tour. Recently his style is very trendy.

Gustav is the quieter member of the band during interviews – but do not mistake him for boring. He is quite a funny guy with a great sense of humor, and he loves to joke around with the other band members. Even though he does not really like to be in the spotlight during interviews, he does like to show off his private life on Instagram, which of course brings joy to all the fans. He has chosen to share pictures and videos of his adorable daughter several times, but does not show her face, to respect the fact that she is not a celebrity and should have a normal upbringing. Because of that, the fans also do not know her name. We all absolutely respect Gustav for his decision to protect his family.

Well, I did some bad things in the past. Once I was with a friend, and we were really bored. We found a puppy that worked on batteries, so we put it on a stack of magazines. Then we dropped it on someone’s front porch and set the dog on fire. Then we ran away and and watched. A man opened the door, saw that stuff on fire and started to jump on it. The fire obviously went out, but the man’s shoe was ruined. It was really fun!

Every day is a new day, so. It’s beautiful.

Bill started to "punch" me, but in the end he was the one who hit his head on the floor. He looked at me with huge eyes and said:"ENOUGH"!" When I let him go, he got all jumpy.

I’m really glad to see our efforts crowned this way. I believe that I’ve made the right choices. Drums came into my life when I was 5, and I’ve spend all my energy for it. When all the kids of the neighbourhood were playing outside, I was alone, in my room, playing drums for hours. I was made for that, I was sure of that.

When you see the audience are screaming.. I don’t know why.. if they’re screaming for me? I don’t know. But you know, everybody is doing something with their bodies, so.. I know I’m the guy who did that. Yeah.

Well, I did some bad things in the past. Once I was with a friend, and we were really bored. We found a puppy that worked on batteries, so we put it on a stack of magazines. Then we dropped it on someone’s front porch and set the dog on fire. Then we ran away and and watched. A man opened the door, saw that stuff on fire and started to jump on it. The fire obviously went out, but the man’s shoe was ruined. It was really fun!

We all have very different characters, but we are sharing the same ambition and determination for work. As we've made our first steps on stage together, we know how many efforts we have to make to get success.